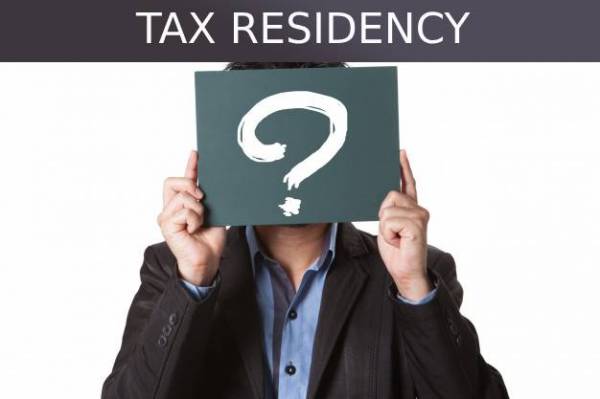 In a tax case Van Uden v Commissioner of Inland Revenue [2018] NZCA 487 the decision was delivered on 08th November 2018. High court decision was upheld in the favor of IRD explaining New Zealand Tax Residency and Permanent Place of Abode Test.

1. Gerardus van Uden (Taxpayer), is a ship’s captain. For the last 40 years he has worked for an overseas shipping company, the China Navigation Company Ltd.

2. IRD assessed taxpayer for New Zealand income tax for the 2005 to 2009 tax years. Based on he had Permanent Place of Abode (PPOA) in NZ.

3. Taxpayer holds a New Zealand passport and a Dutch one. He was born in New Zealand in 1957 to Dutch migrant parents. Taxpayer lived with his family in the Papatoetoe area, and attended local schools.

4. In 1975 Taxpayer signed on with China Navigation as a navigating cadet. In 1994 he was promoted to captain. Typically, he spends about 8 months in a years’ time on ship.

5. He got married in 1980 and lived in the Philippines from 1980 to 1987. In late 1987 taxpayer moved to NZ, purchased a house in Mangere Bridge and lived there till 1995, when taxpayer and his wife separated and later divorced.

6. In 1998 taxpayer got remarried. Mr and Mrs van Uden remain married to this day. Taxpayer wife had ownership of the house at 27 Evelyn Road. This house was available for them whenever they visited NZ. It is 27 Evelyn Road that the Commissioner says was taxpayers permanent place of abode in New Zealand for the tax years 2005 to 2009.

1. At [28] taxpayer said “he did not have any connections to 27 Evelyn Road that went beyond the connections any sojourner in New Zealand would have to a place where they happened to stay habitually whilst in New Zealand. They had it in mind to set up base somewhere in Europe Holland in particular

2. His stay at 27 Evelyn Road was merely accidental. It was mainly to look after trust properties (about 4 rentals) and to look after the elderly relatives in NZ.

3. 27 Evelyn Road was not owned by him personally, it was held under ownership of a family trust.

1. At [32] “As to the word abode itself, the Court adopted the dictionary definition of “habitual residence, house or home or place in which the person stays, remains or dwells”

The duration of that presence

The durability of the taxpayer’s association with the particular place

Credit card statements shows he incurred household expenditure. He paid for a SKY TV account. The property is also a registered address for the bills, bank accounts, insurance policies and investments.

“A taxpayer does not need to own a property in his or her own name to have a permanent place of abode there.” Whenever taxpayer returned to New Zealand, he would stay at 27 Evelyn Road. In a loan application 27 Evelyn Road is referred to as their home.

Permanent not temporary place of abode

27 Evelyn Road was always available to taxpayer when he returned to New Zealand.

Other permanent places of abode

Taxpayer has no other PPOA. Thus, this argument has no weight.

At [52] court stated, “We therefore uphold the conclusion reached by the TRA and the High Court that, during the tax years in dispute, Mr van Uden had a permanent place of abode in New Zealand.”

As of Aug 2020 total number of 115 businesses saved from tax debt associated problems. Their written testimonials and Google Reviews provides authenticity of these numbers.

2017 Saurav was appointed as a committee member to New Zealand Public Practice Board of CPA Australia.

2015 Saurav won the award of Best Accountant of the Year.

Powered by EasyBlog for Joomla!